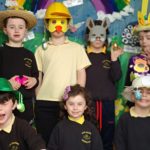 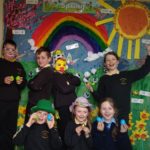 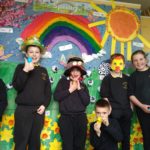 During engineering week we made structures using spaghetti and marshmallows. We had to make 2d shapes like squares or triangles first. Then we had to try and make 3d shapes. The spaghetti kept breaking at the beginning but after a bit it got a little easier. We made cubes and cuboids. Some groups made pyramids and prisms. Then we tried to make big towers. We also learned about all the different types of engineers there is and the work they do. 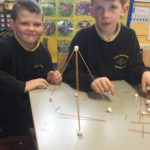 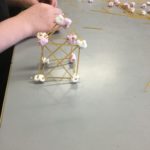 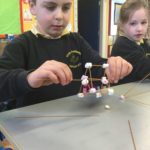 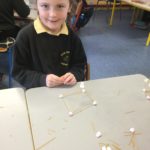 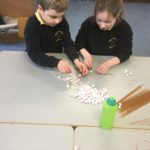 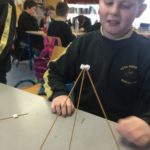 Kieran Coffey visited our school.  Kieran was on TV a few weeks ago. He was on the TV programme Eco Eye talking about his food waste anaerobic digester. Kieran invented it himself. He also made an app to go with it. Kieran explained climate change to us all. He told us all about how his invention is going to help the environment. Kieran also showed us pictures of how he made his egg shaped anaerobic digester. 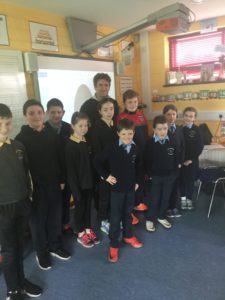 It was International Women’s on Friday the 8th of March. We learned why we have this day every year. We read some picture books and stories about lots of women who helped make our world a better place. 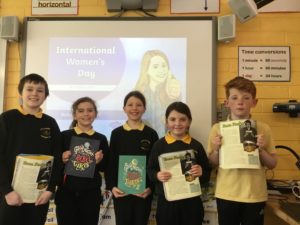 We have football training with Ben and Ellie’s dad once a week. It is lots of fun. When he was younger he played football with Clonakilty like lots of us do now. He played in goal. Now he trains football. First we always have to warm up so we do some running which makes us fit as well. He is teaching us to hand pass, kick pass, catch the ball in the air and to solo. We also play games like Dead Zone at the end of training too. We all love when Eamonn comes for football training. 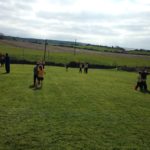 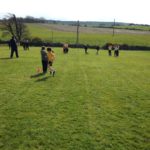 In our ‘My Read at Home’ book there was a banana bread recipe. It looked nice but Dylan told us his mom bakes better banana bread and her recipe is the ‘best in the world’. To prove this Dylan asked his mom to make banana bread for everyone to try. His mom baked banana bread for us all to enjoy. Even the teachers tried some and said that Dylan was right that his moms banana bread is ‘YUMMY’. Thanks to Dylan’s mom from everyone in his room. 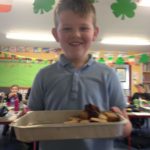 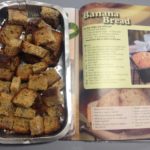 We have Literacy Lift Off every day at 10 o’ clock. Ms. Roycroft and Ms. Walsh or Ms. Fitzgearld all come into our room and we go into our groups. There are four groups. Then teacher picks someone who is doing good work to be in charge of the timer on the whiteboard. That is the best job!  Then Ms. Roycroft reads the new book with each group, Ms. Walsh or Ms. Fitzgearld reads the old book and Ms. Beechinor does word work with us. Literacy Lift Off is good because the books are interesting and we get new ones every day or every second day. We also have a writing station where we write about something different every day. It can be hard to think about something to write sometimes. I am writing this for our school blog  at that station now! We don’t get to eat our lunches until we come back in from the yard and we are always starving. That’s the only bad thing about Literacy Lift Off. 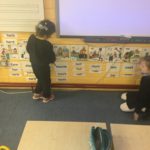 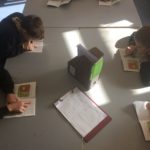 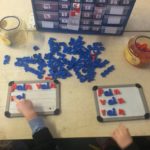 We got a bird feeder in our school. It is new this year and it is really good because the birds are eating all the food and are not going hungry. We also like it because we get to see lots and lots of different birds right outside our classroom every day. We have posters up on the wall with the picture and names of the birds. This helps us know which bird is eating from the feeder. We also get to refill the feeders when they are empty. They always finish the big round balls first so we think those are their favourite. We think that is because there is suet which is fat in the big balls and the birds are a little like us as we also prefer butter on our toast instead of dry toast. 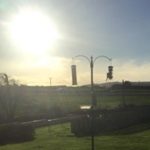 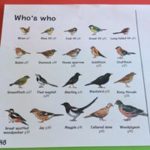 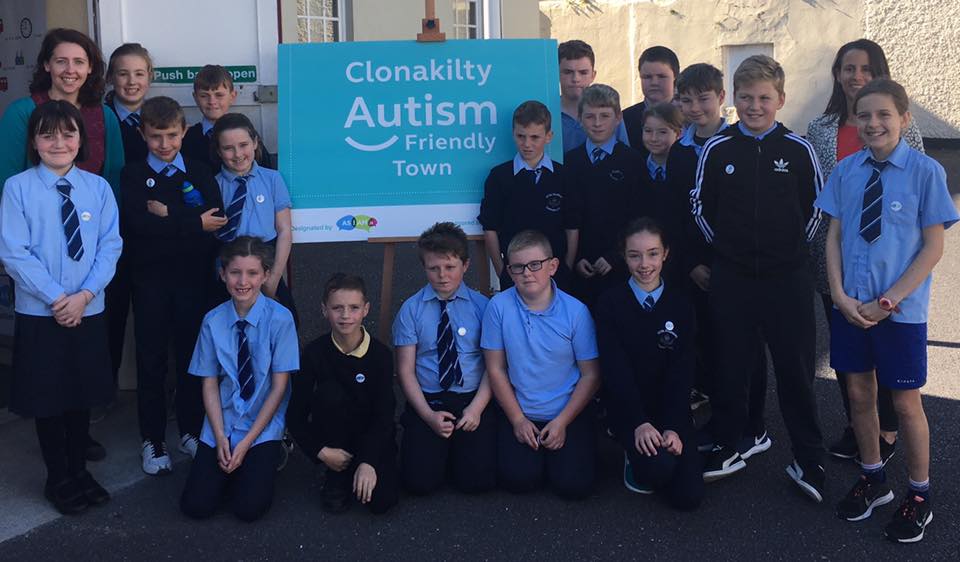 Welcome from the Senior Room in Darrara N.S. On Thursday 27th of September 4th, 5th and 6th class went to the visit the AsIAm autism exhibition in the Clonakilty Parish Hall. We were kindly greeted by a lady and her dog. She gave us MP3 players to listen to a man talking about autism. There were big posters in the hall about what it is like to have autism. There were tests that made you understand the challenges that people with autism experience.
There was a stall for smelling different things. You had to put on headphones and a blindfold and smell different food, one was garlic and one was fish food. The garlic smelled stronger with the blindfold and headphones on, this was unexpected.
There was another stall where you had to try and open a sweet with gloves on but the hard part was that your fingers didn’t go to the top of the gloves. At least, when you opened the sweet you got to eat it. We all liked it because you got a sweet.
There was also a table full of toys that can help to calm and relax. We really liked this stall. In the hall there was a table with two boxes there with holes to put your hands through. There was slime and toy cars in one and in the other there was kinetic sand. You had to put your hands in and guess what was in there. Some people preferred the kinetic sand to the slime.
There was a quiet room that was very relaxing. There was a lot of relaxing things to touch, beanbags to sit on and even a tent with pink lights and calm music. We all enjoyed the exhibition and can’t wait to go to another one.

Bye for now,
The Senior Room
(Niamh and Oran)